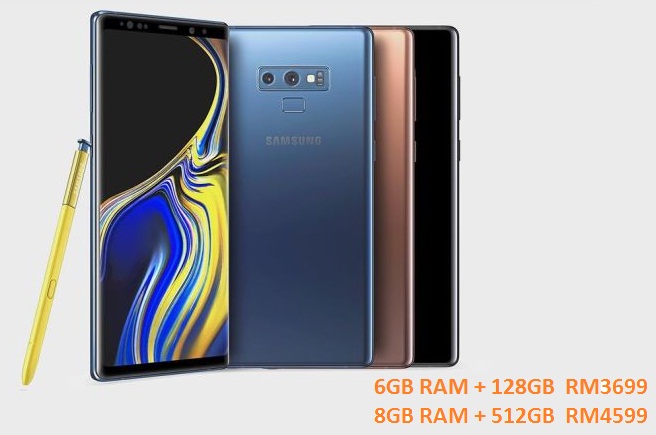 Today, Samsung Electronics has started the month of August with a bang by revealing the Galaxy Note 9. Coming soon in Ocean Blue, Midnight Black, Metallic Copper and Lavender Purple, the phablet will come in two variants which are 6GB + 128GB and a massive 8GB + 512GB model (+ an expandable memory up to 512GB). Malaysia will be part of the first wave to receive it.

As predicted by the Internet, the new phablet looks more or less the same as its predecessor with a few slight changes on its rear body. It still has a dual rear camera but these have been repositioned horizontally with a much better fingerprint sensor placement. However, perhaps the most interesting part is that the S-Pen has a Bluetooth feature.

What can it do? Well, the Bluetooth on the S-Pen opens up many possibilities, at this moment it can control slide presentations from the device, switch pictures back and forth without touching the screen panel, play and stop YouTube video and take pictures with it. Samsung foresees many developers taking advantage of this so keep an eye open for it! Here are the four models with the S-Pens. As you can see, the Ocean Blue model is the only one with the yellow S-Pen (for some reason) while the rest gets the same colour treatment 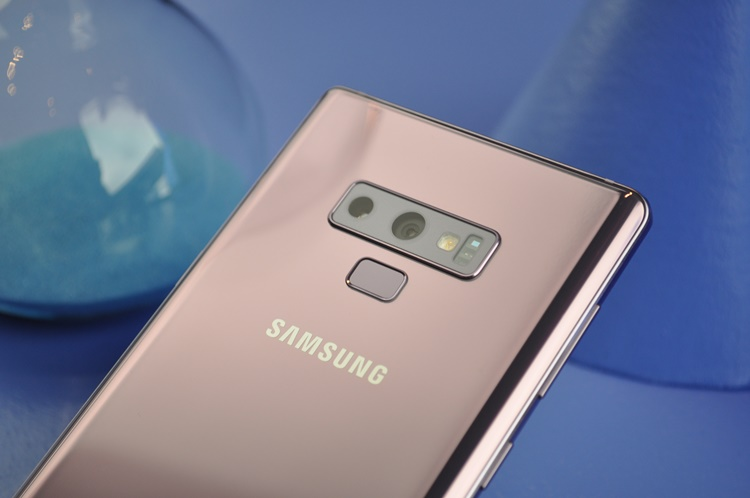 The repositioned dual rear camera and fingerprint sensor, much better compared to its predecessor 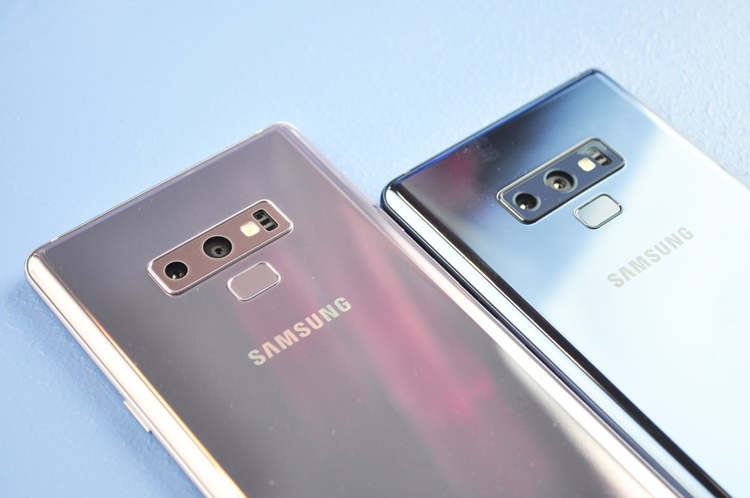 As mentioned, the Dual Aperture feature is back (you can see the two phones with its different apertures) and accompanied by the new Scene Optimizer, this can potentially bring Samsung mobile photography to new levels 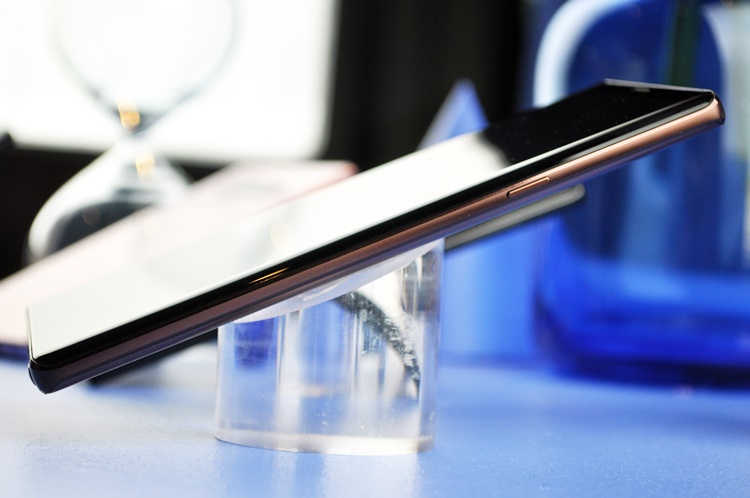 Samsung also mentioned that the Galaxy Note 9 has a slimmer look thanks to the diamond cut on the frame. Note that I said slimmer look, not became slimmer 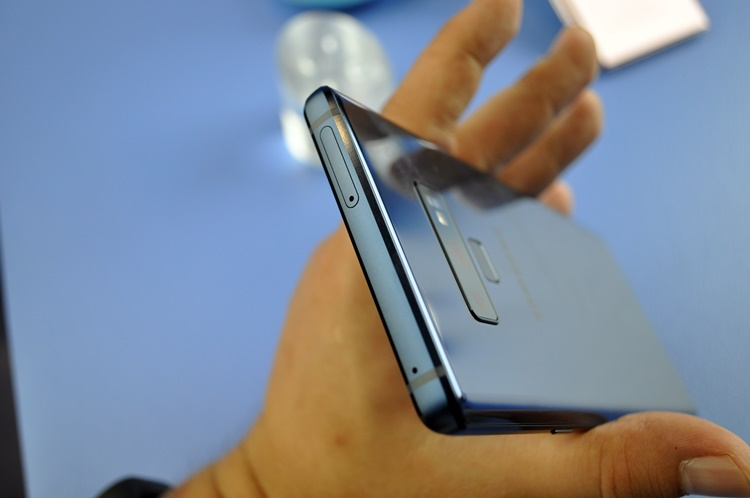 Then for the bottom, it's the same as usual with the S-Pen, speaker grill, USB Type-C and the 3.5mm headphone jack. By the way, you no longer need a DEX dock anymore to connect it to a monitor, as all you need is a HDMI to USB-Type C cable In terms of specifications, the Galaxy Note 9 is not so different from the Galaxy 9+, particularly the Dual Aperture in the main camera, which can switch from f/1.5 to f/2.4 depending on the brightness of the environment. Dual Pixel technology and IP68 water and dust resistance also make a return, with an additional new wireless charging technology.

However, there is a now new Scene Optimizer (you know, those AI Scene Recognition stuff) and Samsung has integrated 20 of these scenes. In addition to the Flaw Detection feature, the camera can also detect a person blinking, image blur and of course, lens smudge alert which has been introduced already.

Samsung also integrated a new Water Carbon Cooling System, which is specifically made for cooling the device down while gaming. According to the company, the technology can keep the heat down by 3.5x times compared with phones using carbon fibre.

Here's the official tech-specs of the Samsung Galaxy Note 9: